Strengthening your writing with truth: an analysis of Harry Potter

August 21, 2021
We’ve all heard that lies are stronger when they have traces of truth. Well, the same mindset applies to writing too. Readers get more immersed and grounded in stories that contain traces of what they already know. Consider Harry Potter: a world that JK Rowling imagined into our existing world.

When talking about imagination in writing, we have to give Rowling a lot of credit. The world she concocted sparks the imagination of all ages, multiple generations, and inspired some of the most popular tourist experiences in the world.

Yet, did she imagine it all herself? For the most part, yes. However, Rowling built on a lot of pre-existing concepts. In fact, many of these concepts actually ground her story to make it believable.
Let’s look at a few.

Originally, in Greek mythology, the basilisk was a north african serpent whose breath withered plants and killed whatever it touched.
In the middle ages, the basilisk was described as a rooster with a snake’s tail. Another middle ages account describes a basilisk as a snake only nine inches long, yet extremely poisonous. All three descriptions are a far cry from Rowling’s overgrown serpent.

However, before the middle ages, Pliny the Elder — a Roman philosopher — describes the basilisk as a serpent of which “all who behold its eyes fall dead upon the spot.” This description is where Rowling garnered her inspiration for a giant snake that petrifies living beings.

Mentions of the mandrake plant can be found as far back as ancient Greek, Roman, and even biblical times. Throughout time, people have believed the mandrake to possess healing or even magical properties.

The plant actually exists. It is known to have potent roots yet poisonous flowers. Where Rowling found inspiration for blotchy, screaming, infant mandrakes, however, is the fact that the mandrake’s roots resemble the form of a human.
Ancient civilisations found the roots so humanoid that they began rumours, saying that the roots screamed when pulled from the ground. Some cultures even went so far as to say the cry of the mandrake root was fatal to living beings. Sound familiar?

The names of the stars

One breadcrumb Rowling uses yet is rarely realised is her use of astronomical names as character names.

Sirius
The star Sirius is considered the brightest star in the night sky. It can be found in the constellation Canis Major: meaning Great dog. In fact, Sirius is known as the “dog star.” Too cool, right? Considering Sirius Black can transform into a massive dog.

Bellatrix
Bellatrix is the third brightest star in the constellation of Orion. The name “Bellatrix” comes from Latin and means “female warrior” — a direct link to Rowling’s character, Bellatrix Lestrange.

Draco
Draco is, in fact, an entire constellation. Since ancient times, the constellation has been identified as a dragon. Aside from being a cool name, Draco Malfoy doesn’t seem to have any more ties to the constellation’s legends or mythology. Let me know if you think of any.

Along with those listed above, Rowling uses other celestial names including Andromeda, Cygnus, and Luna. Look them up!

If you’ve ever tried to write a story, you’ve probably heard the “write what you know” or “keep to your strengths” mantras.

I began writing Steel and Magic using made up names or researching popular medieval names. When I began adding my mythical creatures, however, I was inspired.

I have a Bachelor of Arts degree majoring in English. Throughout my studies, I was fascinated by medieval literature. The characters in medieval lore tug at my heart like old friends: Beowulf, Gawain, Morgana…

Realizing my affiliation, I began drawing on other passions of mine: classic tales including Gulliver’s Travels, ancient mythology…

Voila. After research and consideration, every named mythical creature in the Steel and Magic world is christened after some being from literature or mythology: breadcrumbs fellow English majors and history buffs would smile at.

Here are a few:

Gawain
Gawain is named after the protagonist from Gawain and the Green Knight — a 14th century medieval story. In Steel and Magic, Gawain is a tree sprite, described as a small willow with droopy boughs and beady black eyes. Where he gets his name from is the fact that he has green leaves, which reminded me of the Green Knight in the medieval tale.
“Gawain shifted his lower body, stretched up onto the tips of his three roots, and walked onto the carpet toward them. The thin tendrils at the end of his stumpy legs flapped on the ground like elongated duck feet.”
- Elemental Links
Eldila
Eldila is named after C.S. Lewis’ beings who are related to both angels and demons. In my Steel and Magic series, there are good and bad spirits: seraphs and wraiths. Eldila, the water sprite Louie befriends, is named after these beings to connect her to both literature and the spirit realm.
Gulliver
Gulliver is many readers’ favourite sprite. As you can imagine, he’s named after Gulliver in Gulliver’s travels. Gulliver, the sprite, uses fire and wind magic to run faster than any other being. He travels fast, thus fitting the “Gulliver’s Travels” reference.

Aurae
Aurae is the primary wind sprite of the Steel and Magic series. She is named after Greek mythological creatures that were “nymphs of the breeze.”

Dragons vs. Drakons
I’ve been asked why I’ve written both “dragons” and “drakons” into the Steel and Magic series. The main answer: they’re both in mythology and I wanted a good versus bad dynamic.

Dragons are self-explanatory — most of us have seen Game of Thrones, The Hobbit, Eragon… we know what dragons look like and can do.

Drakons, on the other hand, are myths older than dragons. They’re winged serpents and may spit venom, which perfectly describes these beasts in the Steel and Magic series. 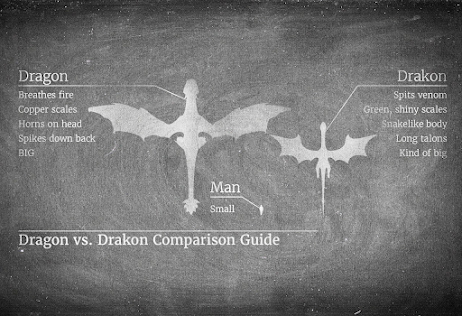 Old English
What readers will find in book three, far more than books one or two, are many foreign words related to no language used today. These words are stolen straight out of an Old English dictionary. My university Medieval Literature teacher, who was an expert on the language, is among the few people who would catch the references without resorting to Google.

For example:
“You ádumbian; so weak,” Asher scoffed.
“Ádumb—what?” Paul asked.
“Don’t answer,” Jake pointed at Asher. “I don’t want to know any of the names you’ve been yattering at me.”
- Eternal Bonds
In this case, “ádumbian” refers to someone who is “mute or dumb.”

Also, whether I should admit it or not, I keep my Steel and Magic cuss words PG by resorting to old English swear words that are obsolete in today’s world.

Popular posts from this blog

Preparing your paperback manuscript for Ingramspark with Indesign

March 26, 2021
Oh my gosh, writers. Could there please please please be one page that tells you the settings to use in InDesign to get your files approved in Ingramspark? At least, that's what I begged Google while tugging out my hair. After hours of trial and error, here are the freaking settings for InDesign exports to Ingramspark. (With details for converting your cover image with Adobe Acrobat at the end!) Your content Document units First, before you give yourself a headache looking up picas conversions online and everything, set your document's units to inches. Go to Indesign > Preferences > Units & Increments . Set the Width and height to use inches. Document bleed Go to File > Document setup . Set your bleed to the following: Bleed Top: 0.125 in Bottom: 0.125 in Inside: 0 in Outside: 0.125 in Document export Now, to the simple juice of this article: exporting your document. Go to File > Export (or [control/command]+[E]). Set the Adobe PDF Preset to [PDF/X-3:2002] . Le
1 comment
Read more

Designing your own covers with Adobe Photoshop

April 14, 2021
When I first started self publishing, I figured there was no way I'd ever design my own covers. Cover artists know so many things including: The size of cover your book will need depending on which publisher you use (KDP, Ingram, Barnes and Noble, Blurb, etc.) The colour edits and variants you'll need to get your colours printing right How to make sure the text on the back of your book is legible And so many other things. I'd swore I'd never design my own cover, until... Perusing Adobe stock images, I came across the perfect image that was exactly what I wanted for my book cover. Now, consider this: I'd already spent $350USD per book cover for the three books in my series; hired a professional designer and everything. People enjoyed them, they showed my characters well... but something was never quite right. My fault, not the artist's; she gave me exactly what I asked for. Was it crazy to re-start on my own and scrap that $1,000+ I'd spent on cover art? Ini
Post a Comment
Read more

March 05, 2020
Well, here I am, one year after publishing my first book. What's changed? I'm going throw you the candy and then the broccoli in the next two paragraphs; hold onto your seatbelt. What makes me feel qualified for writing this blog is that, since publishing my book, I've gotten a full-time job in marketing. I've been getting on-on-one, customised advice from my colleagues. Since publishing my first book, Elemental Links, I've read dozens of blogs on how to market my book. In this blog, I'm putting that information together for you. As for the broccoli, my book hasn't taken off yet. The reviews are promising. One professional reviewer loved my sequel so much that she asked if she could let her thirteen-year-old son read it. Out of all the books she's read, she wanted to pass along mine. It was very flattering. However, publishing your book is a three-year haul. At least. Be prepared. I've given out hundreds of free copies of my books. Some blo
Post a Comment
Read more

m.a.leonauthor
My name is Melanie; author of the Steel and Magic series. I'm an author by night and marketing professional by day. My job is primarily writing company blogs plus creating marketing graphics. By putting them together, I give you my self-publishing blog!